Wanted to talk about my favorite compositional tool known as the Fibonacci Sequence (also sometimes referred to the Golden Mean).

Im not going to get too technical about this, but it is a mathematical formula based off of naturally occurring structures and phenomenon throughout our world and universe. 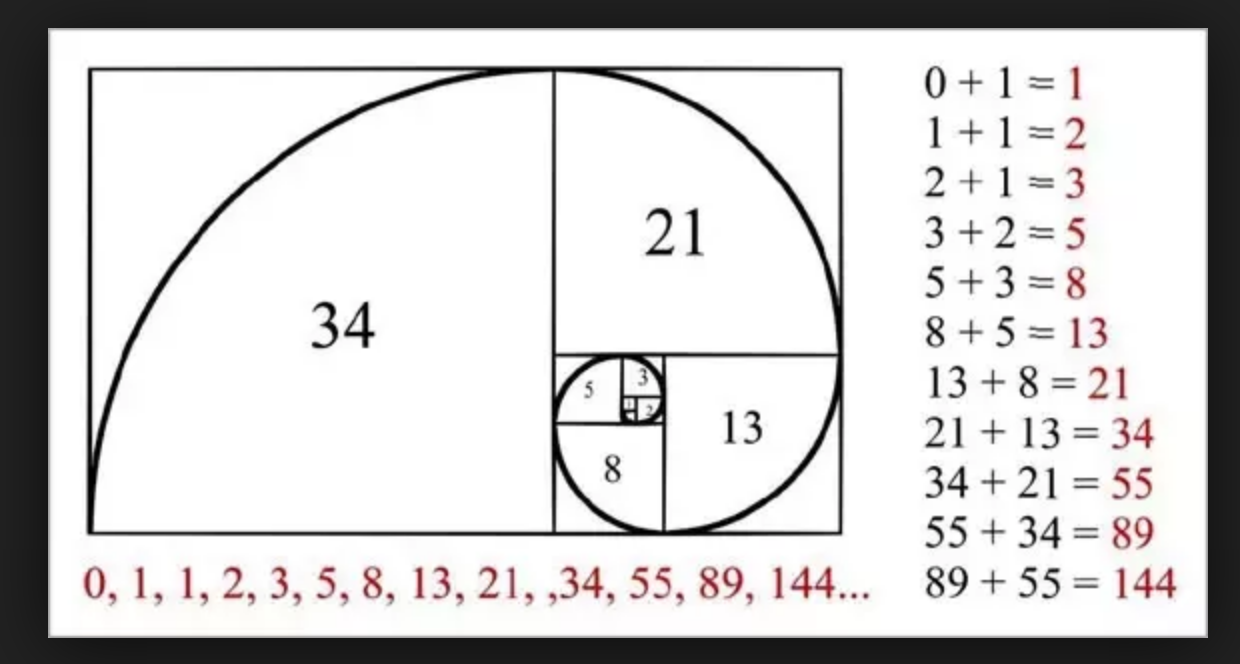 Artists have been using this guide for centuries. Even to this day it is used in most graphic design, architecture, oil painting, photography and even music. 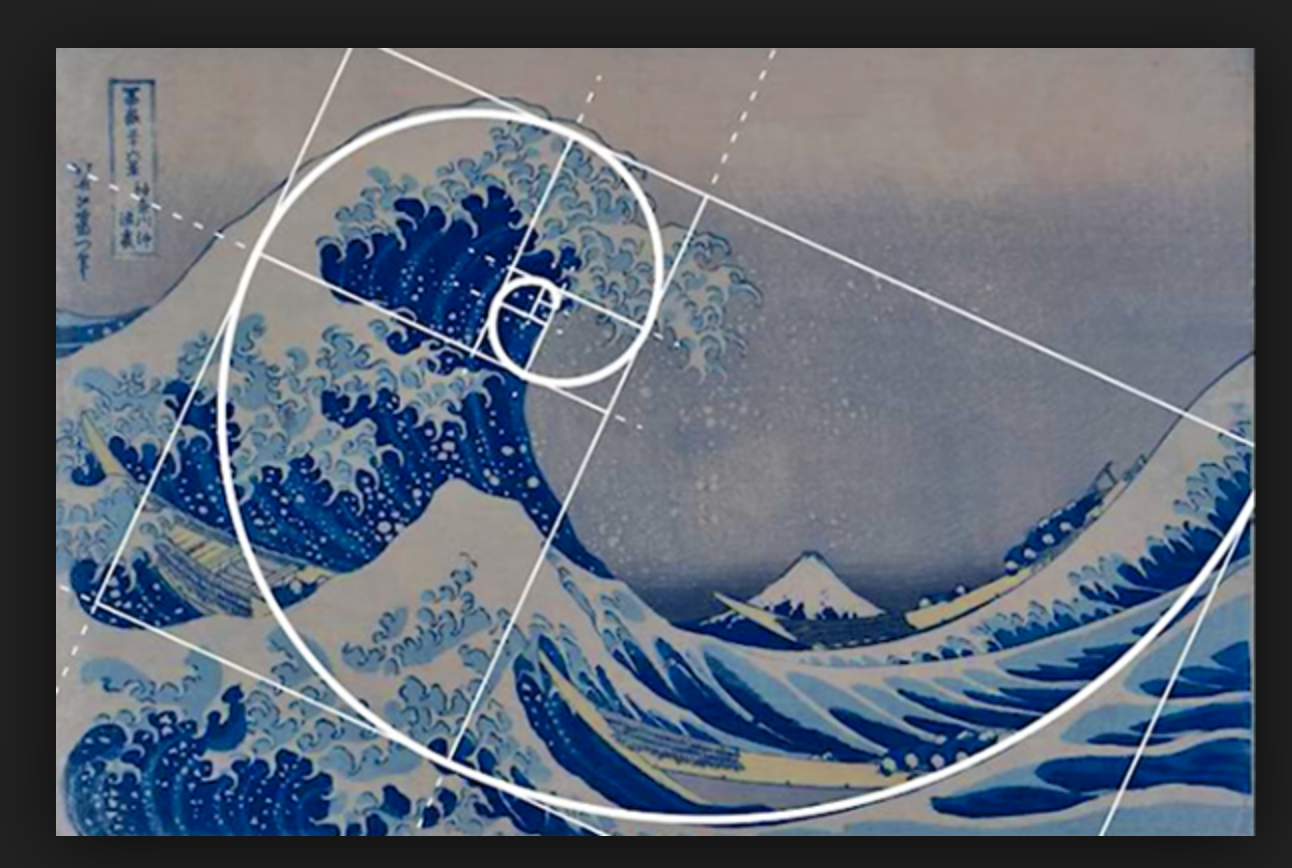 Im going to take you through my thought process on how I made this image and the challenges I faced doing so. (im not saying its the greatest image, its just a good one to illustrate a few things)

While on Second Beach on our final evening shoot, I worked to find a non cluttered foreground that created some flow throughout the image. This was very challenging as that rock garden was pretty chaotic.

In the image below…It took a while to create some space between the 2 rocks on the left and the reflection of the sea stack (green circle). I got that lined up nicely and took a few shots, but then I saw that the little sandy swoopy feature (blue circle) was touching the rock below and breaking that lovely line it made. I raised up my camera on the tripod a few feet and created some space there. By doing that I also noticed that there was now space between the rocks in the green circle (they were all touching before I raised the camera). I also liked that he hole in he rock pulled your eye through he frame, so I wanted to include that. So while on location I thought those rocks created some cool flow through the image and it might be a keeper.

Wile editing the image back at home, I cropped it a bit and used a certain crop overlay in Lightroom that I love. Lightroom has a number of helpful crop overlays…(with the crop tool selected, hit the letter “O” to cycle through them, and Shift + “O” to change that overlay’s orientation). I chose my favorite overlay…you guessed it, the Fibonacci Sequence overlay and was pleasantly surprised to see how this image reflected that. Please note, while I was out shooting with you all at 2nd Beach, I did not see this…I just liked the cool line the rocks made towards the hole. 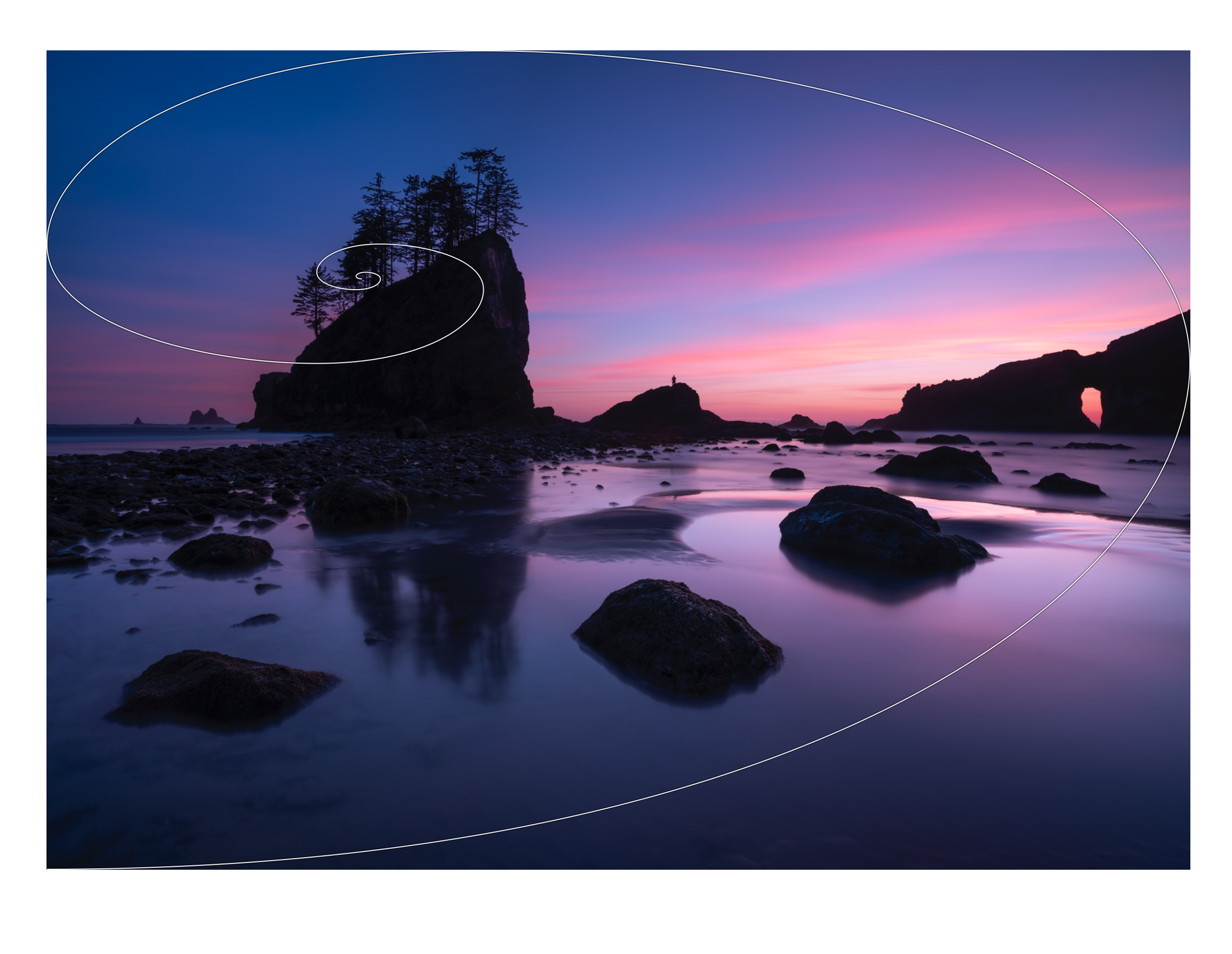 Ive been trying to replicate this for years in the field with little to no success. I believe Im slowly getting better at it though. Personally, I wish digital cameras had different crop overlays like in lightroom you could cycle through to assist with this while on location. Who knows, maybe they will someday. In the meantime, ill keep working at it 🙂 This was a 4 min exposure, somehow, that guy on the rock remained still that whole time. 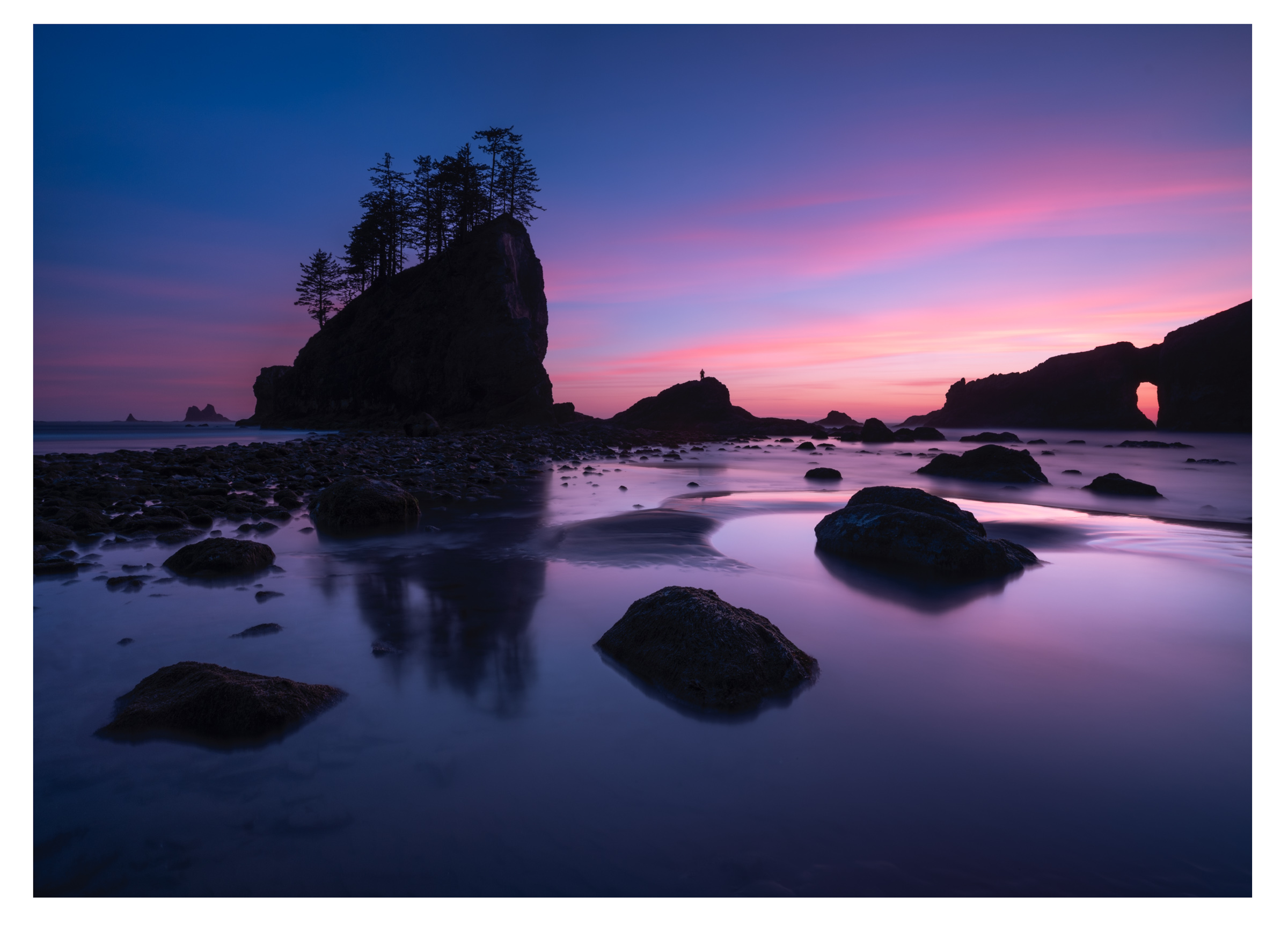